“What a weekend! In Berlin the biggest demonstration which ever took place in this city, voluntarily 1 mio in the streets! Directly reported at DDR1, all speakers uncensored, the calls for the government to step down, diatribes on Krenz and the likes, new elections, legal permission of NF etc. So beautiful banners, they should be collected for a special exhibition. A historic record. I would have loved to be there.”

This is the English Version, the German version is HERE.
My Diary notes of 5th November 1989
This is part 5 of my series “My diary – 25 years ago – Autumn 1989”. Earlier parts are linked at the end of this post, as well as documents, old fotographs, and my book “Mauern einreißen!” (“Tearing down walls” LINK). However, except for the diary parts, all the other pages are in German… I took out some parts which are private, you will recognise this at “(…)”, explanations come in brackets with my initials: “(ADB: explanation)” or (= explanation). More detailed explanations will be found in footnotes.

5th Nov.89, 10:15 am, P-Zug (=train) Halle-Leipzig, Sunday
What a weekend! In Berlin the biggest demonstration which ever took place in this city, voluntarily 1 mio in the streets! Directly reported at DDR1 (= nr 1 GDR TV channel), all speakers uncensored, the calls for the government to step down, diatribes on Krenz and the likes, new elections, legal permit for NF (=New Forum, oppositional group) etc. So beautiful banners, they should be collected for a special exhibition. A historic record. I would have loved to be there.
On Friday, I went first to Ha-Neu (= District Halle Neustadt), from there to the Superintendent in the City of Halle. He wasn’t in the Market Church, but at home (…). A skinny man, speaking condensely, concentrated. He listened, I fought back my tears. He was casually asking, what comforted me, how I stood towards the church, how we got to know each other (=me and my friend in prison), on my studies. He called the vigil and drove me there with his car, to pastor Hanewinckel (1). He is the soul of the St. George Church, (and) of the vigil, a man with golden metal rimmed glasses and an undulating grey beard, heavily smoking, like nearly all others there. Until deep in the night he is there and helps everybody. He went with us into a room where we were alone, listened to everything and decided to help. He brought a young man into the room, “Mike”, discharged after 14 months in the juvenil prison Halle at 10th Oct. 89. He is now a case for Amnesty International. He listened to me and than skipped his date to talk with me instead. He still has some contacts to the juvenile prison and promised to get to know something on Monday and to let me know in writing. We walked at app. 11pm to Ha-Neu, he told me his story, hairraising. In 1987, he had filed a request for emigration, provoked the Stasi various times (2 hours sitting in front of the Brandenburg Gate, slow driving up and down in front of it, etc.). He had been interrogated several times and once, on a trip to Eisenach, he was arrested in the train on suspected illegal emigration (=”Republikflucht”). He was put behind bars for 14 months.
His parents dissociated themselves from him. The conditions had been most miserable, always locked in, even during work hours. Various times, he went on strike to improve conditions. Once, their working clothes – standing for dirt – (= German expression) had not been changed for 60 days, they got soup from 1969 and when they unwrapped a camembert, worms crawled out… Once he went into hunger strike, sitting in confinement. The bed was only locked open during the night, the lavatory was locked in the night. After 3 days without eating and drinking they didn’t open the lavatory anymore, “who is not eating, has no need to wash or brush teeth”. After 5 days, when already everything went black most of the time, they came, attached chains with shackels at his hands and feet, put him onto a steel bed and forcefed him with a funnel – then he gave in. That something like this exists here! The name Sebastian (2) seemed to ring a bell, but he could not remember his face. He will take care of it. The next morning I called laywer Frenzel, who could not engage in the case before 16th Nov. I called Hanewinckel, we tried to reach 2 other lawyers. It became noon. I called Sebastians mother, for new info. The day before, a letter had come each from the prison and from Sebastian. Sebastian wrote that he is well… he had tried to smuggle a letter and was being punished by disciplinary measures. He had an infection on his head, therefore, his hair had to go. Sebastian as a skinhead… Nothing about a new visit.

Around 4pm a new message from Hanewinckel. In Puschkinstreet, in the House of the Junge Gemeinde (=youth branch of the parish), a SDP (=Social Democrat Party of the GDR, founded early Oct. 1989) event was taking place right now, in the back (of the room), a Dr. Willms would sit, in a black shirt and a beige jumper on top of it… he was informed and would bring me into contact with a lawyer. When I eventually found the place, the event had just ended and Dr. Willms was miles away. From the house of pastor Körner I called Hanewinckel. He gave me the address of lawyer Schwahn in (…) way (…), Halle-Döhlau. In between it had turned dark. With the tram I left the city, found the bus station, waited 1/2 hour and took the (line) A to Döhlau-Post, most deserted wilderness. The next 3 people did not know the way. I strayed through this barren deserted hick town, criss-crossing, discovered a man in a drive, who gave me directions. I found the pathway – the most abandoned in all Döhlau. Fog, barely a light, houses far apart from eachother, no sound, puddles, forest around. Oh scary, me in the middle of it. I strayed until (number) 1B, then the world turned black and ended.
At the last light I rang the bell getting a man outside. The path would turn right and then left and then already came the drive of the lawyer. Hence, back into the dark, giant puddles, blackness, blind walking, cracking noises. A hint of a path at the left hand side. I opened my eyes to the fullest extent and fought back tears of despair, ran towards a light. Just in front of the house a violent barking. My god. I raised my hands and didn’t move at all. The dog remained silent. I guessed that he was tied, since he did not come. I shuffled my feed on the ground to make it bark again and force somebody to have a look. It worked. The one who came was laywer Schwahn himself. He listened and promised to help. Ms (…=mother of Sebastian) just had to sign the certificate of authority. I strayed back through the dark, ran a lot, drove to the city center, to the vigil, searched in vein for the pastor and drove to Haneu. In the meantime, the Little Kathrin (3) had arrived. I saw her for the last time. I still cannot believe it. Should I ever get to the other side (= West Germany), I have to visit her in Kassel, it is not very far from Frankfurt Main. We drank a good-bye vermouth. I called the mother (of Sebastian) again, via G., and C. got her (ADB: she did not have a phone herself). Meanwhile, a 2nd letter had arrived, with a “Speakers Card” (Visiting Allowance for the prison), for the 19th Nov. 1989 – for G. Later more, Leipzig is approaching.

(1) I will always remember Pastor Hans-Joachim Hanewinckel as one of the most impressive people of the East German Revolution (who ever knows him, please let him know, as well as my respect, my esteem and my thankfulness – I hope I manage to tell him in person one day). He was the heart and soul of the vigil, which was established at 10th Oct. 1989 at St. George Church, after there had been violent attacks of the police and arrests in Halle around the 40th anniversary of the GDR (7th Oct. 1989). Leipzig may be better known as city of the GDR opposition, but also many things happened in its neighbouring city Halle. I recommend the document “Keine Gewalt! Dokument und Interviews. Der revolutionäre Herbst 1989 in Halle an der Saale” by Udo Grashoff. It has a chronological structure, differentiates between national and local events, and in over 100 pages it also contains original Stasi documents and pictures of this time. It is a wonderful historic document. An interview with Hans-Joachim Hanewinckel on the Revolution and the End of the Wall can be read HERE (in German), it also contains a nice series of pictures of the vigil.
(2) Sebastian has another name in real life. A friend of childhood days who was imprisoned in Halle. I had pretended to be his fiancée in order to get writing and visiting rights. There had been protests in early October in that prison too, of which he wanted to inform me in his smuggeled letter. He was caught red handed (see Part 4 of this series) and suffered tightened confinement conditions. With the help of pastor Hanewinckel I wanted to organise legal counsel for him.
(3) The Little Kathrin was a fellow student of mine. Her husband had fled to the West German embassy in Berlin and left it after he was promised a permission to legally emigrate in the not too distant future. Some months later, he got his permission and left his wife behind. She too, had filed for emigration and eventually got her permission too. Thats why I thought I will never see her again… More about the Little Kathrin in Part 4 of the diary series. Her nick name “Little Kathrin” comes from the fact that we had 4 Kathrins in our student group, these were the “Little Kathrin”, the “Blonde Kathrin”, the “Tall Kathrin”, and the “Wood Kathrin” (who studied wooden design/art).

This was the 5th part of a small series of diary entries from autumn 1989 in East Germany. Further posts will follow in the next days. Should you want to read more from me about my time in East Germany, you can read my book “Tearing down Walls” (original title “Mauern einreißen!”) which only exists in German so far.
Further Information around the Fall of the Berlin Wall ’89: 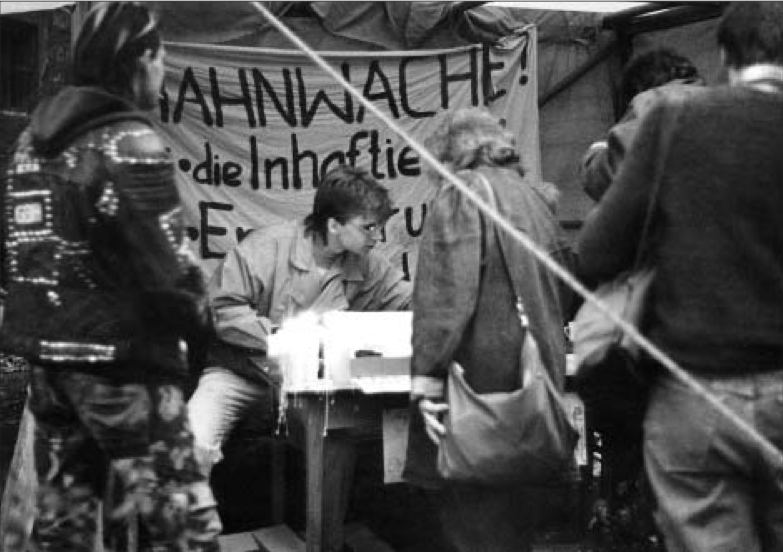 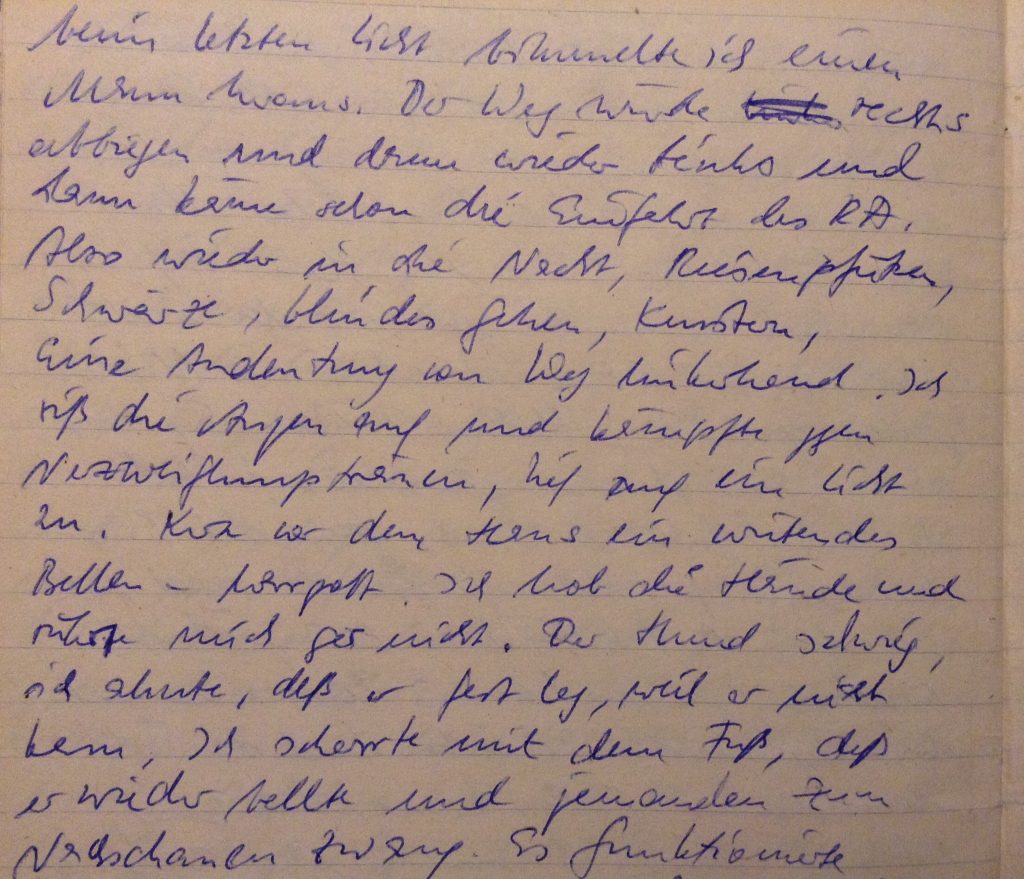 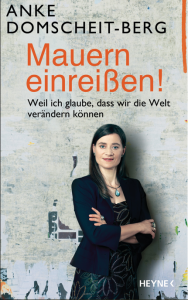 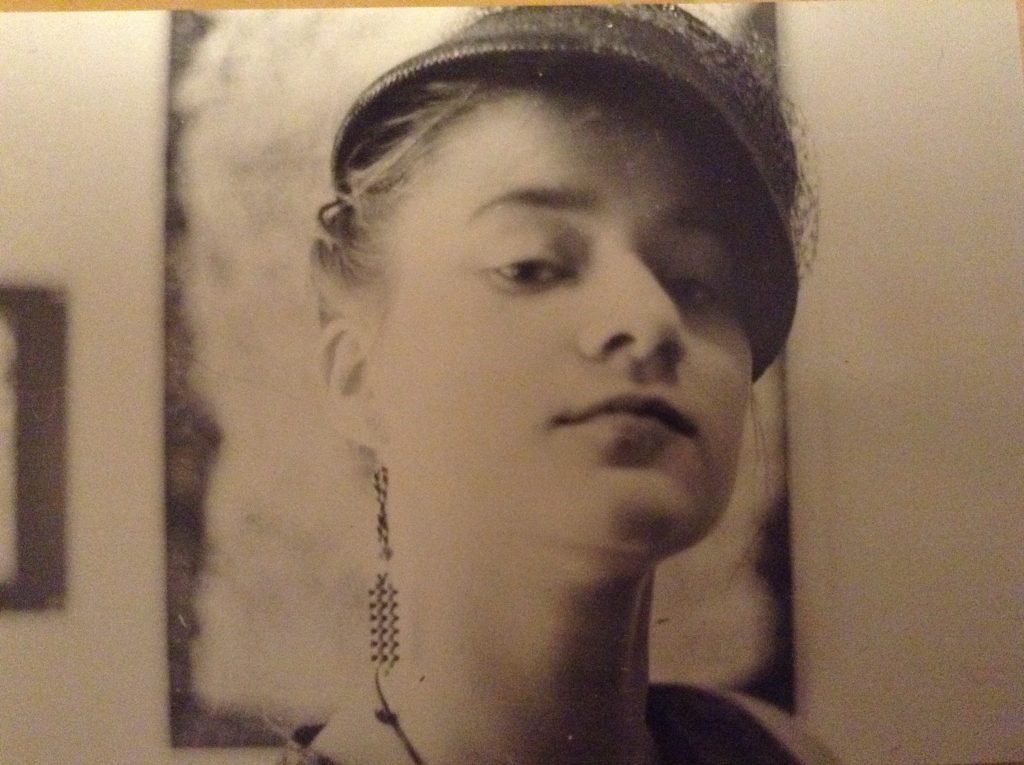